The team behind Nelson Investments Inc. 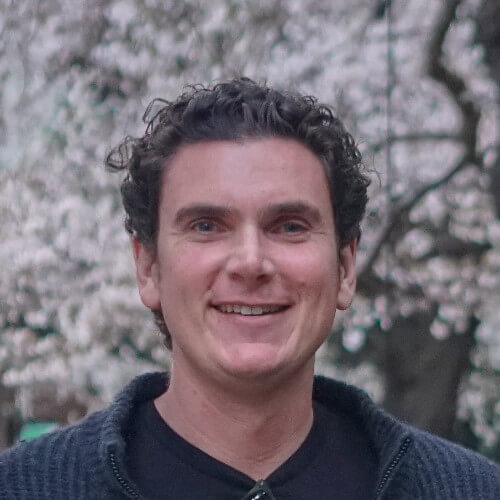 Chris started his career with the Royal Bank of Canada’s investment banking arm, RBC Dominion Securities (subsequently renamed RBC Capital Markets) as an investment banking analyst based in Vancouver. While at RBC, Chris provided mergers and acquisition and corporate finance advice to a range of companies in BC. Chris transferred with RBC to New York where he was an associate providing advice to technology and telecommunications companies throughout the US. In 2001, Chris transferred to San Francisco where he joined the mergers and acquisitions group and was promoted to vice president. During Chris’ investment banking career, he advised on over $7.5 billion in merger, acquisition and financing transactions.

In April 2006, Chris co-founded Gordon Nelson Inc. where they pursued public and private investment opportunities in a variety of industries including Internet, hospitality and multi-family real estate.

In 2008, Chris led the angel round in Unbounce Marketing Solutions and joined the board.

In 2018, Nelson Investments invested in Novarc Technologies and Chris joined the board.

In 2020, Nelson Investments invested in Clad Innovations (Tzoa) and Chris joined the board.

Chris was born and raised in Duncan, BC where he was an active participant as both a player and coach in amateur sports at a competitive level including both baseball and basketball. In 1993, after graduating from Cowichan Secondary School, Chris attended the University of Victoria where he completed his Bachelor of Commerce degree with a major in entrepreneurship.

Chris is married to Stephanie and together they have one daughter and live in Vancouver. Chris enjoys fishing, surfing, skiing, cooking, music, whisky, sports cards collecting and technology. 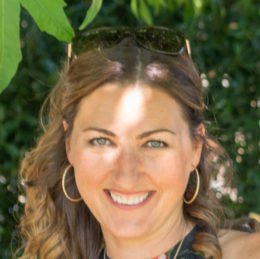 Stephanie started her career at RBC Dominion Securities in Vancouver. During her time at RBC, she worked in various administrative roles. In 2000, Stephanie relocated to New York with RBC in a newly created role as communications specialist. RBC had recently acquired Dain Rauscher Wessels and was expanding their US division. In 2001, Stephanie and her husband, Chris, moved to San Francisco where Stephanie joined Macromedia Inc. (sold to Adobe in 2005) as executive assistant to the Chairman and CEO. During her time at Macromedia, she worked closely with all the executive team further enhancing her skills to get the job done, resolve problems and avert crisis’s.

In 2004, Stephanie moved back to Vancouver to start a family. In April 2006, Chris co-founded Gordon Nelson Inc.   Stephanie worked alongside, where they pursued public and private investment opportunities in a variety of industries including internet, hospitality and multi-family real-estate. The company, Gordon Nelson Inc, was dissolved in 2018 and Nelson Investments, Inc. started. Nelson Investments owns Pacific Sands Beach Resort in Tofino, 937 View Street in Victoria and several technology company investments.

Stephanie and Chris have worked together for 18+ years and greatly enjoy their life professionally and personally. Stephanie has enjoyed the flexibly their partnership provides her to balance her family and professional life. She is an active member of her community and is extensively involved with her daughter’s school and many extra-curricular activities.

Stephanie grew up in Prince Rupert, BC. In 1993, after graduating from Charles Hays Secondary School, Stephanie attended Simon Fraser University where she completed her bachelor arts with a focus on communications. She currently lives in Vancouver and enjoys skiing, cooking, travelling, reading, walking and spending time in the outdoors in Tofino. 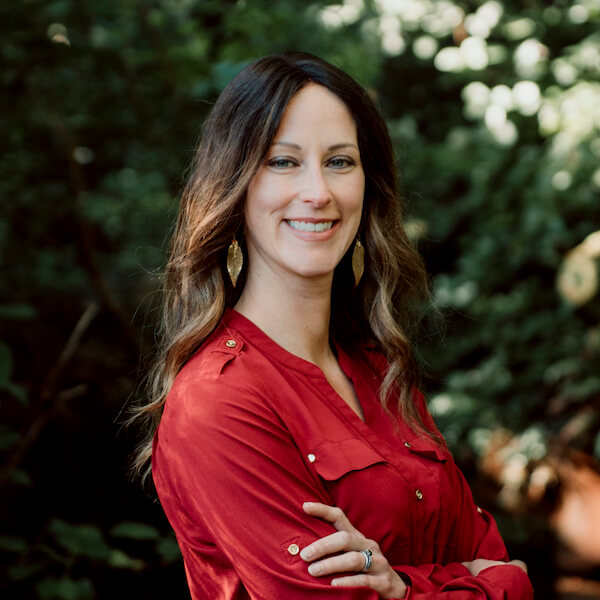 With over 20 years of resort hospitality experience in communities including Lake Louise and Whistler, Sabrina has spent 10 of those years with Pacific Sands Beach Resort in Tofino, starting as Guest Services Duty Supervisor, then Revenue Manager, Guest Services Manager, and now Operations Manager.

Originally from Ontario, Sabrina moved to Vancouver Island in 1996 and was quickly immersed in the west coast lifestyle and burgeoning tourism industry, graduating from Camosun College in 2002 with a Diploma in Hotel and Restaurant Management. Then in 2011, she earned a Cornell E-University Diploma in Hotel Revenue Management.

In addition to a passion for travelling, Sabrina enjoys all-things-outdoors, especially camping, hiking and SUP’ing adventures with her husband and friends. 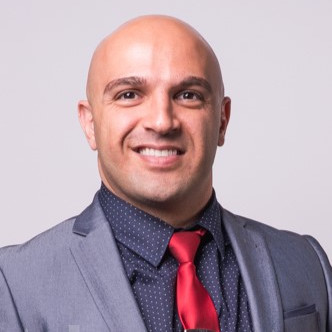 Mehrdad has over a decade and a half of experience in construction and design coordination on over 25 completed projects within the Lower Mainland, and currently oversees the design, development planning as well as construction stages of multiple multi-family mixed use woodframe, concrete low-rise residential and commercial projects.

Having received his Bachelor’s degree in Integrated (Systems) Engineering with specialization in civil, structural and mechanical systems as well as a Master’s degree in Civil Engineering in Construction and Project Management from UBC, Mehrdad is a Registered Professional Engineer and holds an MBA in Business Strategy from SFU’s Beedie School of Business. 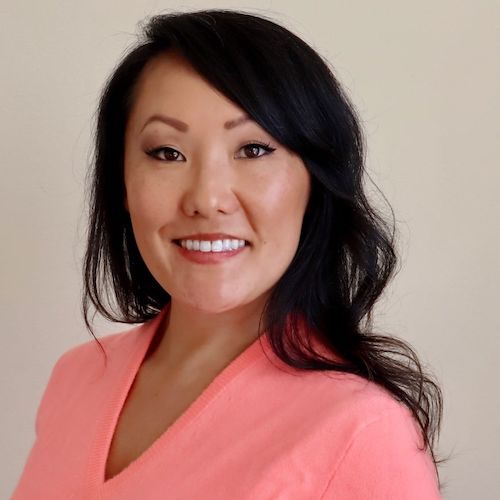 A recognized leader with a 20 – year success record building, growing, and differentiating brands. With a background in lifestyle brand management, event production and public relations, Liz was responsible for transforming Goorin Brothers from a wholesale retailer to a fashion forward label with brick-and-mortar retail stores and a thriving export business.

Liz champions a culture of creativity, accountability and inclusion and is credited with building an environment where people can succeed. 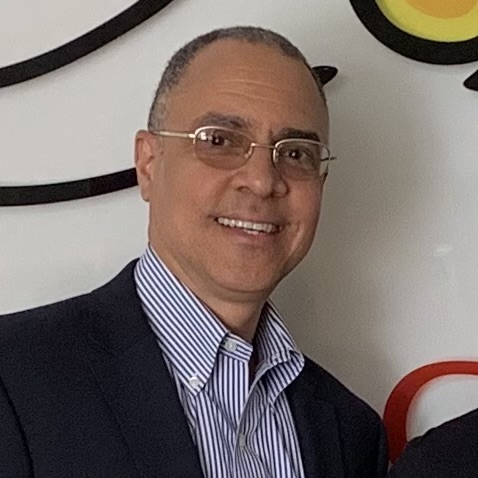 Stephen Goodridge has been immersed in the beverage alcohol industry for over three decades. After qualifying in engineering, management accounting and brewing in the UK his management career started in brewing, rum distilling, and the dairy industry in Barbados.

Subsequently Stephen worked for twelve years as Vice President of Liquid Innovation and Quality at Mark Anthony Group in Vancouver, where he led the liquid development from conception to commercialisation of beer and refreshment beverages, the establishment of the Stanley Park brewery and the introduction of new-to-world brewing technology in the US market. When British Columbia’s liquor laws changed, he founded G&W Distilling in 2014, an award-winning craft distillery that produced two vodkas, gin, and a barrel-rested spirit. After selling the distillery to a private investor Stephen moved on to co-found Christopher Michael Brands Inc., a ready-to-drink business based in the US.

In January 2022, he was offered the position of general manager at Shelter Point Distillery where he now leads a team committed to elevating Vancouver Island’s reputation as a region for premium single malt whisky production. He is particularly proud of the distillery’s award- winning single malt and is eager to spread awareness of Shelter Point Distillery as a must-visit destination for anyone who appreciates well-made single malt whisky. In his spare time, Stephen listens to vintage records, plays the piano, and enjoys wandering around the golf course with a bag of clubs.

We are a family-owned, privately held, investment company based in Vancouver BC.

Back to our company overview page.