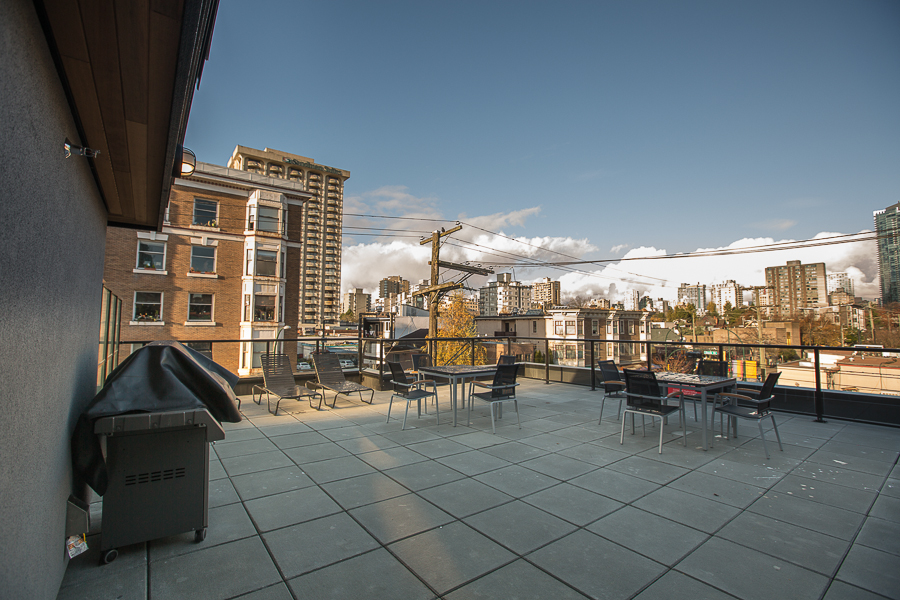 Vancouver, B.C., December 2012 – Gordon Nelson Inc. (“Gordon Nelson”), an owner of several West End apartment buildings and Ocean Village, a resort in Tofino, BC, is pleased to announce the completion of a 15 month extensive renovation and expansion at its 1075 Burnaby Street building. “We are very proud of creatively utilizing excess existing space and working with the City to utilize excess available density to create more rental units,” says Jason Gordon.

The original, 60-year-old, 20 unit building was stripped down to make way for extensive life safety, structural and environmental upgrades. Once the interior was opened up, new unit layouts were developed to maximize the amount of space available for tenants to rent. After optimizing the existing structure, work was completed to add several units to the penthouse level as well as a large common deck for all tenants to enjoy. “Every square inch of this building was utilized to allow almost double the number of tenants we can call this address home,” says Chris Nelson.

In addition, the original plumbing and electrical were replaced and new, remotely monitored, fire sprinklers added, making the building much safer. “This building will provide safe, environmentally friendly rental accommodation for the next 60 years,” says Chris Nelson.