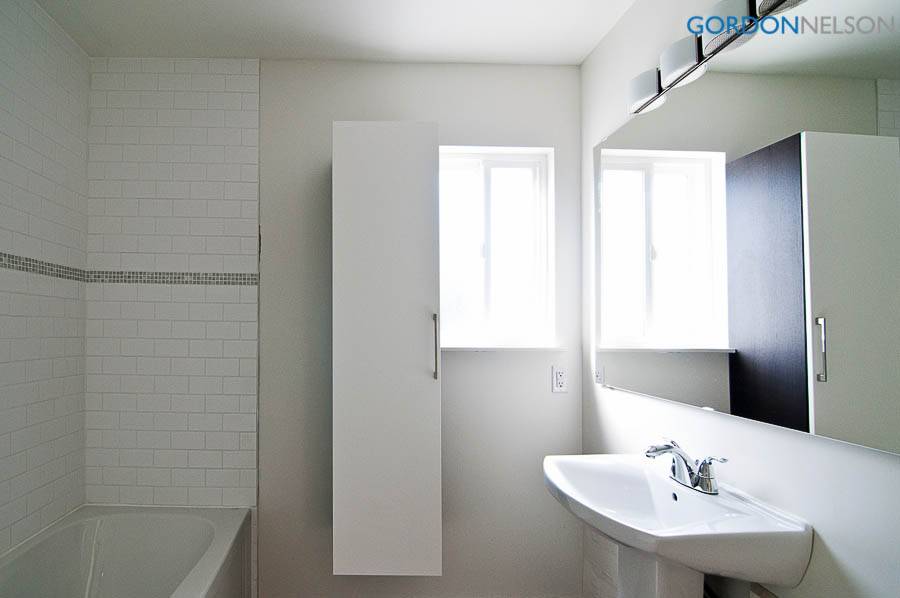 Vancouver, B.C., December 2011 – Gordon Nelson Inc. (“Gordon Nelson”), an owner of several West End apartment buildings and Ocean Village, a resort in Tofino, BC, is pleased to announce the completion of a ten month extensive renovation at 2254 Cornwall Avenue. “We are very excited about offering Vancouver renters newly renovated affordable suites with breath taking views in the heart of Kitsilano,” says Jason Gordon.

As part of the project to improve efficiency and extend the life of the building, extensive renovations were done on the exterior of the building. The entire east wall was repaired: failed stucco removed, rotted structural timber replaced, new closed cell spray foam insulation installed, rain screening and stucco added. “The new insulation meets the strict City of Vancouver green requirements of R-22 and is more than a 60% improvement over the original insulation,” says Chris Nelson.

The interior of the building was completely overhauled from top to bottom. The original heat and hot water system was replaced, including the associated boiler and chimney. “This new system requires 10% of the area of the original system allowing for the addition of rental space at the building while consuming approximately 40% less energy” says Chris Nelson.

The kitchen and living space of each unit was reconfigured into an open area concept. Each unit now has new high gloss white cabinets, quartz countertops, stainless steel appliances (including dishwashers), under mount sinks and new lighting. The living areas all have new laminate floors and new 4″ baseboard moldings. The bathrooms were taken back to the studs and new bathtubs, sinks, low flow toilets, porcelain floor and shower surround tiles were added. The electrical system was upgraded in every unit and the common areas were re-configured in order to provide improved life safety. Common areas also received new carpet, paint, bike storage and a gym.

In four units, Gordon Nelson worked with the City of Vancouver to increase the number of bedrooms. With the completion of the renovation, 2254 Cornwall Ave is now positioned to provide safer accommodation with a lower carbon footprint to 24% more renters in the world-class kits beach location.